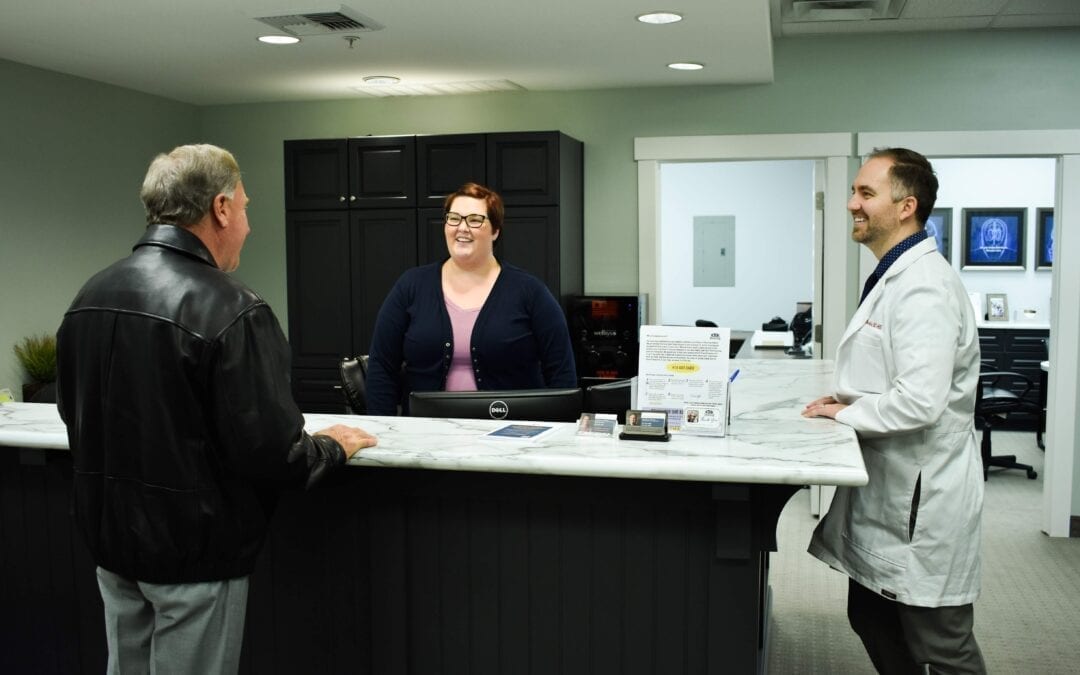 People often dismiss the importance of good hearing health; usually, because a hearing loss happens gradually, it can go unnoticed and neglected.

Which is why we must consider diseases, such as diabetes and dementia, and the role they have to play in contributing to hearing loss.

At The House of Hearing, our focus is our patients’ health and happiness, and we aim to provide the best care and expert advice to support a healthy lifestyle.

Diabetes: An Introduction to the Disease

Diabetes is a disease that affects your body’s ability to produce or use insulin. Insulin is a hormone. When your body turns the food you eat into energy, insulin is released to help transport this energy to the cells. Insulin acts as a “key.”

Its chemical message tells the cell to open and receive glucose. If you produce little or no insulin, or are insulin resistant, too much sugar remains in your blood and this is where the problem begins!

One of the most devastating effects of diabetes is its impact on small blood vessels throughout the body. Each cell, tissue, muscle, nerve, and organ in our body relies on a proper blood supply to keep our internal components working properly. Blood carries the most important ingredients for life to all of our organs: oxygen and glucose. Too much glucose in the blood leads to the symptoms of diabetes.

You are more likely to develop diabetes if you have a family history of diabetes, are overweight, or are over age 45. Physical inactivity, race, and certain health problems also affect your chances of developing diabetes. A history of gestational diabetes is an additional risk factor for women.

Depending on the type of diabetes, symptoms can start quickly, in a matter of weeks, or develop slowly, over the course of several years. Many people with type 2 diabetes have no symptoms.

Some people do not find out they have the disease until they have the effects of diabetes and the related health problems such as blurred vision, heart trouble, and/or decreased hearing clarity.

Diabetes can be the result of a number of factors, including genetics and lifestyle. Scientists believe that type 1 diabetes is caused by genes and environmental factors, such as viruses, that might trigger the disease. Many current studies are working to pinpoint causes of type 1 diabetes and possible ways to prevent or slow the disease.

Type 2 diabetes is the most common form of diabetes and is caused by several factors, including lifestyle factors and genes.

You are more likely to develop type 2 diabetes if you are not physically active and are overweight or obese.

Extra weight sometimes causes insulin resistance and is common in people with type 2 diabetes. The location of body fat also makes a difference.

To see if your weight puts you at risk for type 2 diabetes, check out a Body Mass Index (BMI) chart to find your risk.

Type 2 diabetes usually begins with insulin resistance, a condition in which muscle, liver, and fat cells do not use insulin well. As a result, your body needs more insulin to help glucose enter cells.

At first, the pancreas makes more insulin to keep up with the added demand. Over time, the pancreas can’t make enough insulin, and blood glucose levels rise.

As in type 1 diabetes, certain genes may make you more likely to develop type 2 diabetes.

The disease tends to run in families and occurs more often in certain racial/ethnic groups. Genes also can increase the risk of type 2 diabetes by increasing a person’s tendency to become overweight or obese.

Signs and symptoms of type 2 diabetes often develop slowly. In fact, you can have type 2 diabetes for years and not know it. Here are some of the “symptoms” and things to look for:

There are a vast number of scientific studies that have explored the connections of hearing loss and diabetes. These studies have found that diabetes can cause profound damage to the inner ear (the organ of hearing), and thus result in decreased hearing clarity – especially in background noise!

Our ears are very delicate structures, and we depend on them in nearly everything we do.

There is rarely a task, a job, a relationship we have (at home, at work, at play) that does not involve our sense of hearing.

Hearing never stops – it is even on when we are sleeping!

Our ears never get a rest.

Perhaps Helen Keller, who was both deaf and blind, said it best when she said,

When diabetes, especially with poorly controlled blood sugar, takes its toll on the small blood vessels throughout your body, your ears are very susceptible to damage too. Fortunately, some parts of your body can accommodate for damaged blood vessels by depending on alternative blood supplies, but unfortunately our ears lack that option – and the resulting hearing loss is permanent.

“There’s no redundancy in the blood supply to the inner ear,” explains hearing loss researcher and otolaryngologist Yuri Agrawal, MD, assistant professor of otolaryngology at Johns Hopkins University in Baltimore.

This means that once a blood vessel is damaged, there’s no back up blood supply and your hearing clarity will decrease accordingly.

Regrettably, as the hearing loss increases as a result of the diabetes, your risk factor for other debilitating diseases will also increase. For example, individuals with a hearing loss will experience an increased risk of falling because your inner ear not only helps manage your hearing but also your sense of balance.

When you combine this fact, with the loss of nerve endings in the periphery of people with diabetes (i.e. sensation in the hands and feet), the increased risk of falls is frightening!

Some adults live with pre-diabetes, whose blood glucose is higher than normal but not high enough for a diabetes diagnosis. These individuals are also at an increased risk of hearing loss and its associated cognitive and overall health deficits.

Studies have found that pre-diabetes presents individuals with a 30 percent higher rate of hearing loss compared to those with normal blood sugar tested after an overnight fast.

Diabetes Increases the Risk of Developing Dementia, and it Makes Sense!

Dementia and diabetes starve your brain, and tangle and twist vital cells. Alzheimer’s disease is the 5th leading cause of death in the elderly in North America. And the devastating disease of dementia shares a strong link with another sickness that wreaks havoc on millions of individuals in North America — diabetes.

But when studies began to appear in the 2000s that indicated an alarming correlation between insulin and brain cell deterioration, major breakthroughs were made around Alzheimer’s and dementia prevention. This spurred many health practitioners to ask a critical question — could Alzheimer’s disease simply be type 3 diabetes?

Research has also proved that, similar to diabetes, glucose is not used properly in the brains of people with Alzheimer’s disease. This can be caused by nerve cell death, which reduces the brain’s ability to interpret messages. In the case of vascular dementia, brain cells die due to a lack of oxygen, preventing brain cells from communicating with each other.

Beta-amyloid plaques, which build up in the brains of people with Alzheimer’s disease, have also been shown to prevent insulin receptors in the brain from doing their job. This can impact insulin production and cause brain cells to become insensitive to insulin.

It is scary to think that diabetes and dementia may be so strongly connected, that many scientists have proposed a “type 3 diabetes.”

It is already known that diabetics are at least twice as likely to experience dementia. The cells of your brain can become insulin resistant just like other cells in the body. What was once considered a mysterious accumulation of beta-amyloid plaques characteristic in the Alzheimer’s brain is now associated with the same lack of insulin that negatively affects cognition

Reducing Your Risk for Diabetes and Dementia

This is easy to remember, and easy to do: What’s good for your heart is good for your brain! Living a healthy lifestyle that promotes cardiovascular health will benefit your brain, your body, and your ears!

People with a hearing loss tend to have a poorer diet, exercise less, become less socially active and are highly susceptible to depression.

If you or a loved one is experiencing signs of hearing loss (issues with clarity, difficulty hearing in background noise, tinnitus), showing signs of cognitive impairment (confusion, poor motor coordination, loss of short-term or long-term memory, identity confusion, and/or impaired judgment), and/or dealing with diabetes, contact us at one of our 11 Northern Utah locations to see how we can help.

Denver began with the House of Hearing in 2018. Through the company, he has been interning to become board-certified as a hearing instrument specialist. After serving his two-year mission for the Church of Jesus Christ of Latter-Day Saints in Cleveland, Ohio, he started working for the company because he wanted to do something that helped others. He loves to take care of his patients and make sure they are hearing the very best. He and his wife, Kenzie, live in Sandy and they love to play lots of basketball, go camping, and spend time with their family! 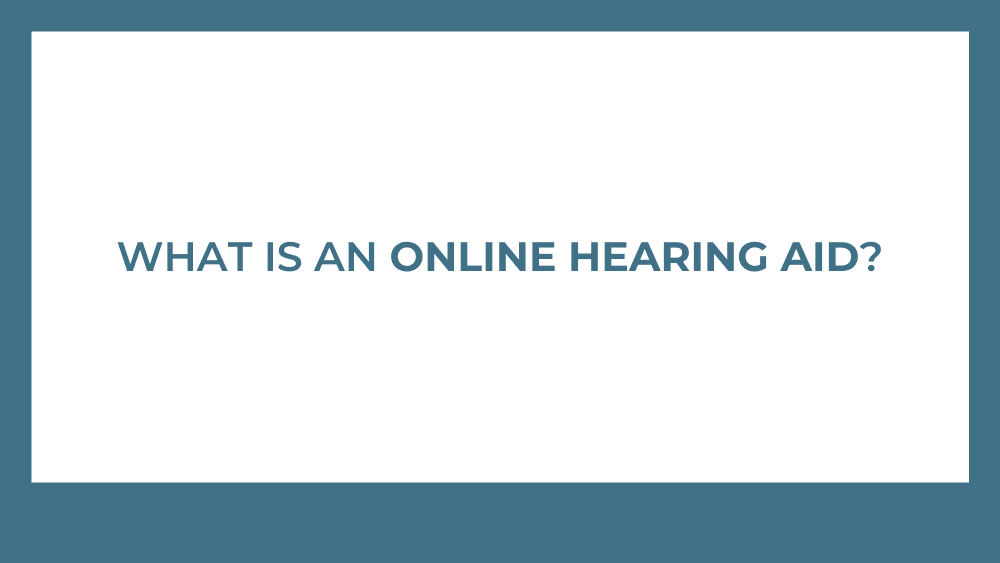 What Is an Online Hearing Aid? 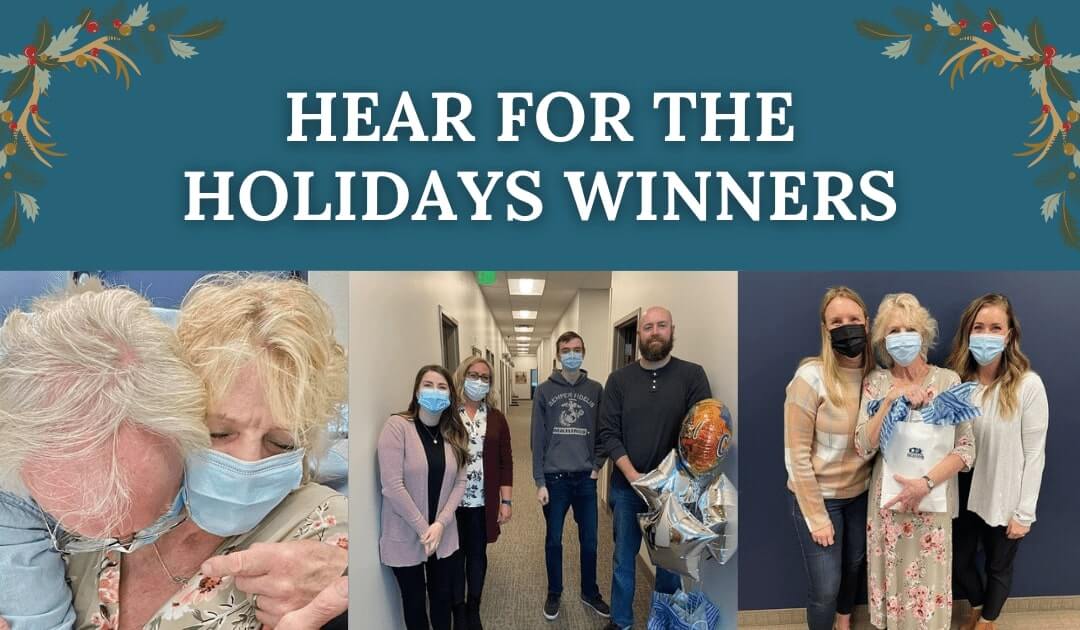 Not One…But Two Winners – Hear for the Holidays Competition! 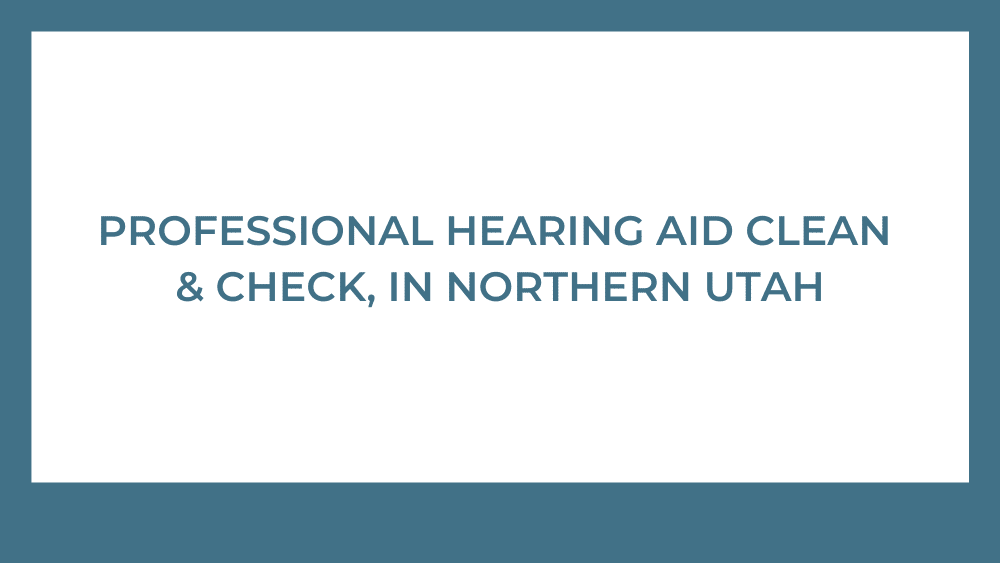