Finally, You Can Get Relief from Tinnitus 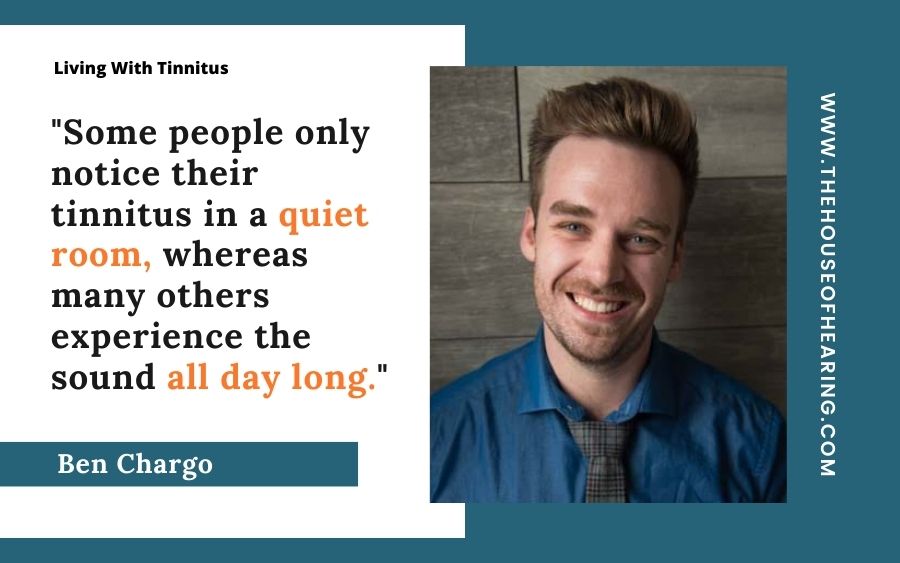 It is currently estimated that nearly 50,000,000 American adults live with tinnitus.

Tinnitus is simply described as the experience of hearing a sound in your ears, sometimes in your head. Tinnitus is also experienced by approximately 80% of people living with a hearing loss.

Which is why I believe this blog to be a crucial source of information for not only anyone who has experienced the unpleasant symptoms of tinnitus, but for everyone, as the figures explain just how common it is.

At the House of Hearing, our team has specialized experienced in tinnitus treatment and management, which is why we are trusted by over 30,000 patients across Northern Utah.

Understanding Tinnitus: The Numbers & The Science

Some people only notice their tinnitus in a quiet room, whereas many others experience the sound all day long – and it can interfere with daily life. In some people, the sound can cause depression, anxiety, and affect concentration.

Nearly every patient will ask me, “What is causing the ringing in my ears?” Admittedly, that is not the easiest question to answer.

However, it can be answered once the doctor of audiology is able to dig deeper into the symptoms, recognize the individual’s tinnitus triggers, and have a full understanding of the patient’s hearing profile and results of a complete audiological evaluation that includes cognitive function testing.

The most common cause of tinnitus is damage to the sensory organ of hearing, the cochlea (i.e. the inner ear).

The cochlea is to hearing what your eyes are to vision. Within the cochlea are tiny “hair-like” cells called hair cells. When these cells are damaged, the nerves that connect the hair cells to the brain (and give us the ability to hear) become permanently damaged, and often times the ringing will ensue.

The most common cause of damage to our hair cells is aging. Think about it – as we get older, we tend not to see as well or see as sharply as we used to, especially in low-light environments.

Unfortunately, the same process happens in our ears as we age; we tend not to hear as clearly, especially in noisy situations.

Other causes of tinnitus that result in hair cell damage include excessive noise exposure, either from a single intense noise (like a shotgun blast) or long-term exposure from work or play (e.g. musicians, concert attendees, carpenters, machinist, landscapers, etc.).

In some patients, prescription and over-the-counter drugs can result in damage to the auditory system and cause or exacerbate tinnitus. Ironically, several hundred drugs listed in the Physician’s Desk Reference (“PDR”) cite tinnitus as a side effect! In some, but very few, of these cases, the tinnitus may reduce or disappear when the prescribed medication is discontinued.

I hope you can understand and appreciate why I would say it is rather difficult to answer the question “What is causing my tinnitus?” as it can be the result of any number of medical conditions or by something as simple as “too much wax in your ears.”

I also hope you have come to realize the seriousness of experiencing tinnitus and the urgency with which finding the answer to the question must be pursued with your doctor of audiology.

The Theory of Tinnitus

Tinnitus is most often the result of a “central gain” in neural activity that occurs when there is a loss of proper neural stimulation from the ear (i.e. after there is damage to the hair cells and nerves connecting the ear to the brain).

More simply – when the brain is not properly stimulated in individuals with a hearing loss (even a mild hearing loss), the brain will increase activity to make up for the missing input.

This “central gain” is neurologically analogous to “phantom limb” phenomenon studied in neuroscience. In cases where damage occurs to the peripheral nervous system, e.g. when a soldier loses a limb in battle, the central nervous system (aka the brain) will undergo adaptive changes that can often result in the perception of pain.

Our ears do not have traditional “pain receptors,” rather the perception of “pain” that results from damage to the hair cells and nerves of the auditory system are perceived as a “phantom sound” (i.e. tinnitus). As the brain tries to adapt to the lack of proper stimulation from the ears, it will begin to experience a gain of activity that results in our perception of sound.

For many patients, the ringing can be virtually undetectable until a certain “trigger” ramps up the volume of the sound. Below is a list of the most common triggers patients report as influencing their tinnitus:

Unfortunately, too many patients have said to me, “I have tinnitus, and I’ve been told there is nothing that I can do about it.” I emphatically say to each of these patients, and to you – that is not true! Is there a cure for tinnitus? No. Are there valid, FDA-approved treatment options available to reduce, and, in some cases, eliminate the ringing? YES!

Below are some of the most often asked about treatment options available for managing tinnitus. I have categorized them based on their scientific findings and effectiveness in research studies.

The single most effective treatment option available for patients suffering with tinnitus is NeuroTechnologyTM.

The FDA (Food and Drug Administration) has approved treatment for individuals with tinnitus by providing the brain with restored proper stimulation. And while most people with tinnitus also suffer with a hearing loss, that is not always the case.

Fortunately, newly available NeuroTechnologyTM has been designed for people with a hearing loss and with audiometric “normal hearing.” Many studies show that patients who use this tinnitus support technology have a significant reduction in their daily tinnitus experience – with some even reporting that “the ringing is gone all day.”

Tinnitus can plague patients … and a limited amount may not perceive a significant difference with the use of NeuroTechnologyTM to restore stimulation to the auditory system and brain. Fortunately, exciting new research was recently published in the Journal of American Medical Association (JAMA) that indicates a new BrainHQ game can significantly reduce a patient’s perception of tinnitus.

This study found that using certain brain exercises on the BrainHQ platform can help patients cope with tinnitus. Yes, the results are the first of their kind and need more investigation, but the results are promising!

On the behavioral and cognitive self-report instruments, researchers reported no significant differences between the group who did the exercises and the control group that did not. But when asked if their tinnitus had changed since the start of the study, 50% of people who had used the BrainHQ exercises said it had improved, with 30% saying it had much improved.

The scientists also looked at the brains of the study participants with MRI imaging. These MRI images showed significant differences between the two groups: those who used the Brain- HQ exercises showed strengthening in areas of the brain associated with control and attention.

There is still significant research to be done in this area—there needs to be new exercises and improvements to the existing set—but seeing brain plasticity in patients with tinnitus is a great start!

Many patients that are desperate to reduce their tinnitus will ask if cutting or severing the hearing nerve will eliminate their tinnitus. This permanent, deafness-producing procedure is not a dependable means of reducing tinnitus. In fact, the surgical destruction of a person’s hearing nerve can often times leaves the tinnitus as the only sound heard (see my notes above about the analogy to “Phantom Limb”).

Put bluntly – there are currently NO FDA-approved drugs specifically for treating tinnitus. However, there are pharmacological options to address the stress, anxiety, and depression that are caused by (and can sometimes exacerbate) tinnitus.

If you have been experiencing symptoms of tinnitus, or have a question you would like to ask one of our professionals at The House of Hearing, please don’t hesitate to contact us.

Ben is a doctor of audiology (Au.D.) with the House of Hearing. He received his doctorate from the University of Utah in May of 2018. He has been an employee of ENT House of Hearing since 2014 when he started as an intern while working on his doctorate. Ben was originally introduced to this field while working with his father, as he is also an audiologist and the owner of a private practice in Minnesota. From the first time he worked with his dad, Ben knew that this was the profession for him, as he was able to combine his love for helping others with his skills as a problem solver and as a communicator. Ben strongly believes that the work he does here is essential to improving the quality of life for each and every one of his patients, and his work is never done for the day until he has done everything he can to improve the hearing and lives of those patients. Since moving from Minnesota to Salt Lake City in 2013, he has fully embraced the Utah lifestyle. When he is not at work, you can typically find him skiing or snowboarding, rock climbing, mountain biking, camping, golfing, or on a motorcycle ride with his friends. 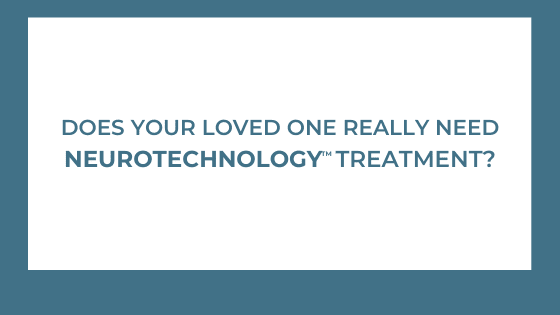 Does Your Loved One Really Need NeuroTechnologyTM Treatment?

The Different Types of Hearing Loss 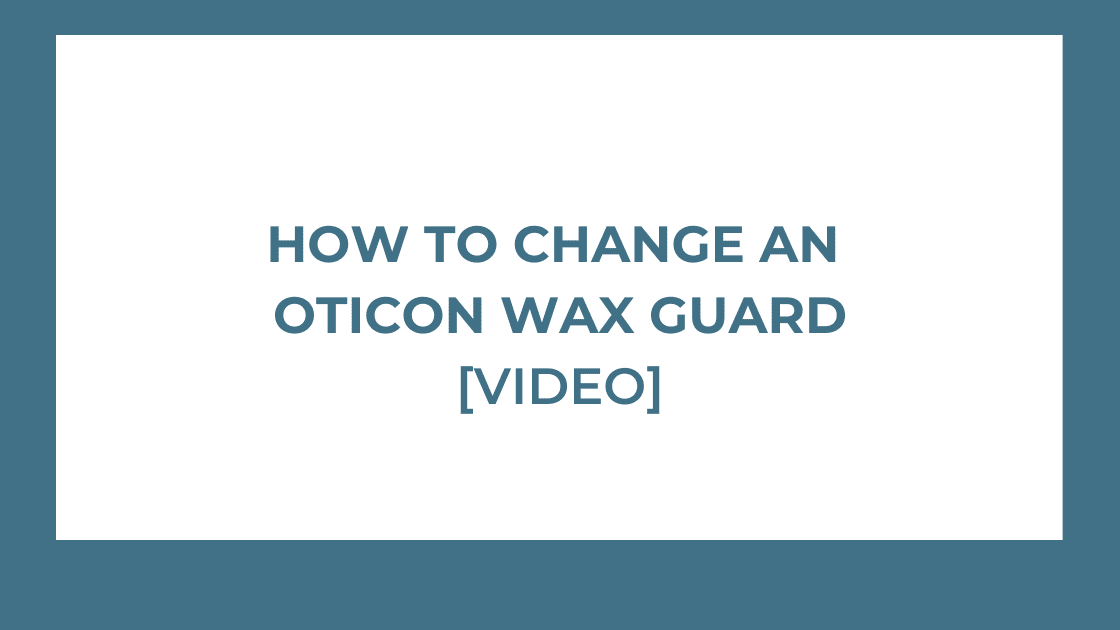 How to Change an Oticon Wax Guard [VIDEO]